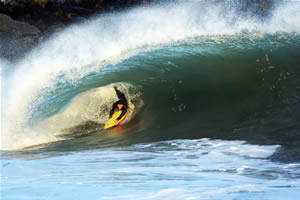 Bartering away Christian Values for Prosperity and Reputation!

Please let that German-language document be translated into many languages and be handed over to those responsible.

Dear Ladies and Gentlemen, Dear Members of the Government of the FRG, Dear Readers,

As the dumbest of the dumb should understand by now, the end of time is already foreseeable, but this could be delayed or protracted for several more years, since the world has reached the ripe old age of several billion years and thus a quick and sudden end of the world seems rather unlikely.

So it is very much to be regretted that my person has officially kept your and all others opinions open in the matter on the coming 25th of October for eleven years, so that you and others could have been given a chance for a turning point in the history of time and thus the actual World-Cultural-Heritage would have had its appropriate opening through the present Old and New Testament.

These eleven years that followed were also no walk in the park for my person and for all those directly involved persons, so that my person must now seriously ask herself what you and others have achieved in this respect in the meantime!

For example, you had a gigantic and costly mosque built and opened in the middle of Cologne and you paid the associated criminal Turkish dictator all the honours of a state visit, whereby you and your peers made a questionable deal with this president regarding refugee policy; you did this ultimately for the preservation of the affluent society and you did it because of economic growth and the status in the world.

Thus, as the current members of government, you are gradually selling out all Christian values and tying them to a questionable and open "multi-culti" form of society, which such a more than questionable president or ruler quite obviously wants to "buy into" on a grand scale!

Christian religious education has long since been banned from most European schools and the cross of Jesus has been defiled and rejected by foreign cultures, so that in future it would be tantamount to a culture war, if one wanted to integrate the cross with crucifix into a public institution in the FRG or possibly already in the whole of Europe.

You as the members of the government have and never had the right to attack Christianity in its actual structure and momentousness, which goes far beyond life, or to diminish its power of transmission, because you and your kind are also only guests on earth and should at least know as alleged Christians and federal representatives of a Christian party that there is also a life after death!

Thus, you and your kind were also taken into the responsibility of this enormous momentousness by the elections of the Christian population and always had the priority duty for the Eternal Life of the believers or affected population to do everything that is realistically necessary for the attainment of the Eternal Life of every human being, by creating the conditions for every citizen of the respective country.

Not only you and your kind have become more than questionable candidates at the end of time.

Worldwide, the largest part of humanity lives under questionable rulers or such individuals, who classify themselves as the greatest ever and also see themselves as a justifiability or as a legislative ruling power!

For these aforementioned reasons, my person must once again drive you and all other people in the world home, like a person and like a kind of manager who bears a very, very high title, that every thinking person must be able to educate himself/ herself much better and in a more targeted way by studying the world religions, by studying Christianity and the Bible or the Holy Scriptures. 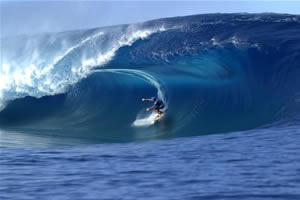 By fathoming the "Holy Scriptures and through the Holy Spirit" one can learn to understand life by reading, studying and expanding the implementations of the "Word of God" likewise through the documents published and partly unpublished by my person on the Internet, in order to bring them into a reasonable relation to reality and to have them put into practice in a controlled manner. (See Internet - Monarchy - Royal Danish Ambassadors - led by King Juergen.)

Basically, according to the New Testament, there is only one access to Eternal Life for all Mankind!

There is no other way that leads to Paradise except via the Son of God, currently*** via the Servant of God***, and thus via the Father or Creator of the heavens and the earths!

There is only one access worldwide among all cultures and all times after Jesus' birth, and this access always leads via the only begotten Son Jesus Christ of our all Creator to Creation, either to Hell or to an intermediate space, from which an escape to Paradise or Eternal Life will still remain possible.

This only access, which will actually exist "vicariously", needs good "shepherds" or administrators on earth, who will actually still exist at the end of time.

However, many of these administrators, shepherds or bearers of the "Holy Spirit" have long since been literally "cleared away" by the adversary, or also called the devil, who can more or less easily get hold of every human being, which could now also be the undoing of the few Roman Catholic Clergy and thus of the whole of Christendom, but which basically affects the whole of humanity, in that celibacy is already being called into question! (See Internet)

The many other misguided affected** citizens, who have committed offences against children and thus these severely "metabolically patients", are not pilloried in the same way as the severely affected clergy* and thus the greatest good is primarily attacked and put in danger at the end of time, what additionally contains a clear statement value!

You can also learn and understand the laws of nature quite well from the Bible or from the Holy Scriptures, whereby every day, especially the Sunday and holiday is defined by the Holy Spirit through the fixed readings or the Gospel in the calendar year cycle, then the readings and the Gospel should serve as a cornerstone for life.

Thus, my person would like to clearly point out to you and other interested persons once again that miracles indeed belong to the laws of nature, but must be brought into a context primarily in connection with the Twelve Apostles, which my person has already been able to explain to at least 90% and no longer only the clergy, but primarily the medical profession and the psychiatrists with their specific expertise at the end of time and in the aforementioned place are intended for this part of the miracles, whereby at least one marginal-group actually two marginal-groups of the entire humanity clearly belong in this part** of the miracle healings!

If you and other government members want to sell out, then do what you think is right for yourselves, but if you and your likes are "underselling" our Christian values including our culture and all of our true cultural-heritage, then you better watch out for in the future who the real buyer is, you ignorant government members and very naive ladies and gentlemen, you, whose really belong in other places now! 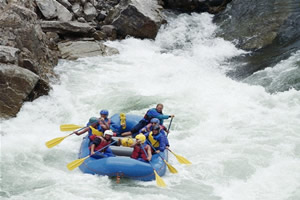 HP: As the bridge builders of the end times, you should indeed stay in the conversation between the different cultures, but you have to be careful where the bridge leads to on the opposite side; otherwise you had better choose a different path and stay true to yourselves and your culture, in that these values then remain unsellable!! !

Impulse for the Day.

Falsehood and lying words keep far from me; give me neither poverty nor riches; feed me with the bread that I need. Prov 30:8

May Christ take possession of your life so that it may become more and more the life and presence of Christ.

Father, on the border between lack and abundance, between not knowing more and being amazed, there is the simple thanksgiving: no one is alone. Everyone can have a share. Give us what we need today.

The texts for the "Impulse for the Day" are taken from:

The readings of the day and impulses for living faith.